The Belt and Road Initiative: Globalisation’s next chapter

Launched in 2013 by China's president, Xi Jinping, the Belt and Road Initiative (BRI) envisaged a massive infrastructure build-out that would trace the "silk roads" that once traversed Eurasia and the seas connecting China to Africa1.

In the six years since, billions of dollars have been invested in everything from ports and power to railways, stretching from South-east Asia to central Europe, along a "belt" of overland corridors and a maritime "road" of shipping lanes.

As the BRI evolves, it is prompting discussion and debate as to its optimal scale, design, benefits and impact. As is natural for any venture of such ambition, there are diverse views among stakeholders involved in the initiative – and those outside it. For its advocates, the BRI could reinvigorate a sluggish global economy, foster connectivity and give emerging markets a much-needed infrastructure boost. Critics, on the other hand, have expressed concern about challenges including debt sustainability, environmental impacts and the terms of deals, from bidding, tendering and feasibility assessments to transparency over project participation and negotiation dynamics. All of these are important questions that are best analysed against the facts.

HSBC sees the BRI as an historic opportunity to improve economic connectivity globally. It is a counterbalance to economic unilateralism, showing the mutual benefits that stem from working together. But we also recognise that, to be sustainable and deliver on its promise, the BRI must benefit all participants and continue to evolve. We believe the initiative is entering a new phase that promises to do just that.

In this four-article series, we examine how the BRI is evolving in response to the lessons and challenges so far, and what this could mean for the global economy, from climate change to regional economic development and from project governance to trade connectivity. Our first article explores the theme of participation and governance.

In April 2019, the second Belt and Road Forum for International Cooperation took place in Beijing. This provided a valuable opportunity to take stock of successes so far, understand challenges and put in place structures, policies and frameworks to ensure that the BRI benefits all participants.

One detectable shift at the summit is the widening cast of stakeholders, showing that the BRI is an open, international partnership and not just a "China club". Over 30 heads of state and thousands of government representatives attended. More than half of the EU’s 28 member states have signed agreements with China, and in March Italy became the first G7 country to sign up. Around US$64bn of transactions were reportedly signed at the event, and the BRI’s project portfolio now stretches across the world, from a trans-Malaysian railway to the Greek port of Piraeus.2 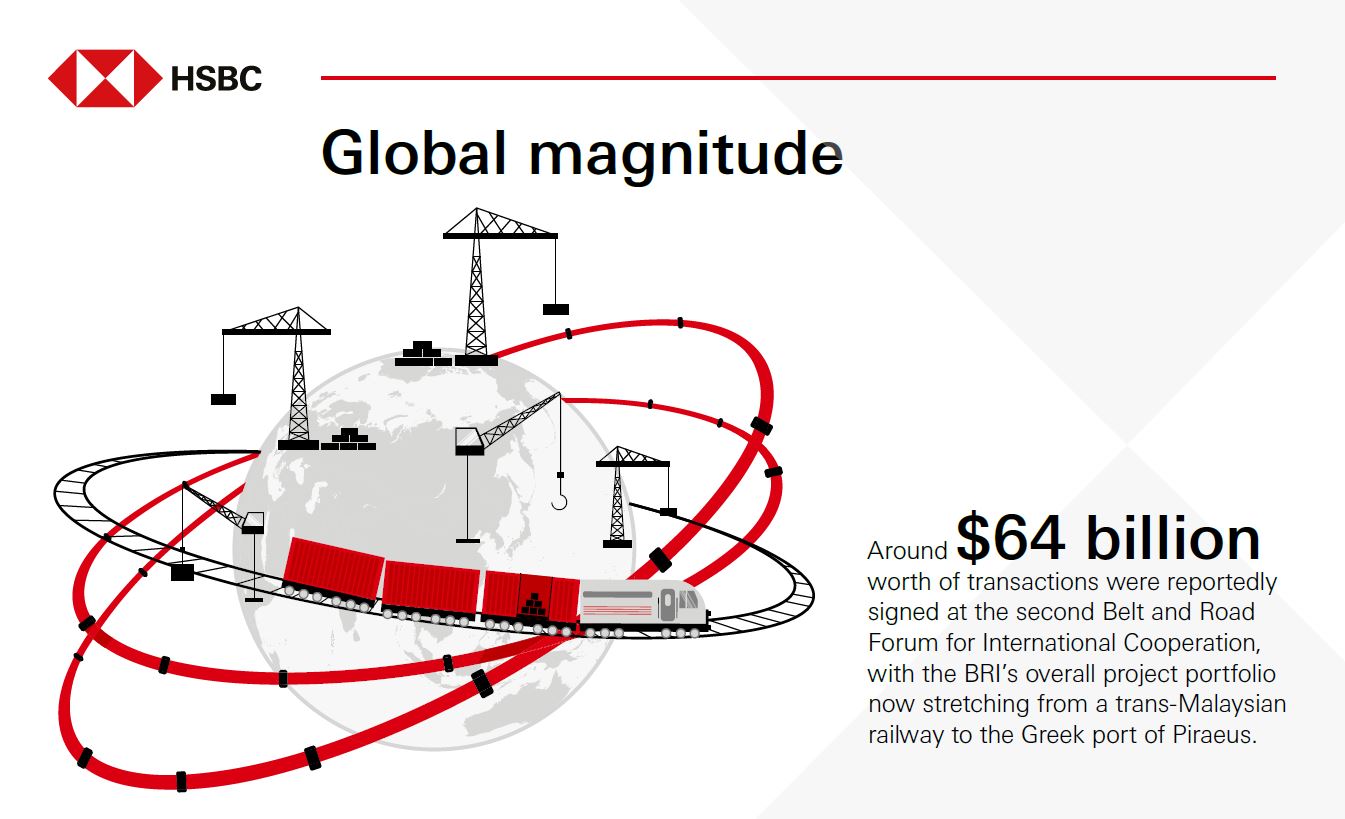 The second, linked, shift is the increasing focus on governance. The BRI has created concerns in some quarters about debt sustainability and the opacity of tender and bidding processes, but China has made it clear that projects should meet the highest standards in environmental and social impact assessments, open and competitive protocols for tendering and bidding, and fiscal soundness. A joint communique published at the summit highlighted the importance of “open, transparent and non-discriminatory public procurement procedures in accordance with national laws and regulations” and welcomed the “exchange of good practices”.3

Debt sustainability is an especially important governance issue, since the BRI includes lower-income countries from Djibouti to Cambodia.4 The scheme’s benefits could be greatest in these resource-constrained, infrastructure-poor countries, but this needs to be balanced against fiscal risks. China is taking the issue seriously. Yi Gang, governor of the People’s Bank of China (China’s central bank), said recently that the country will build an “open, market-oriented financing and investment system”, and the Ministry of Finance has published a framework arguing that debt sustainability needs to be taken into account when mobilising funds to finance the BRI, in order to achieve “sustainable and inclusive growth”.5

This is not merely a public-relations exercise. China has no desire to be sole financier of the BRI and will not benefit from partner countries falling into unmanageable debt. Furthermore, private capital will only flow in if projects are structured sustainably. This focus on fiscal soundness shows that debt sustainability is in everybody’s interests – and that China supports it.

China is also taking seriously the risk of corruption with BRI infrastructure projects. The country's Central Commission for Discipline Inspection launched a pilot programme in Laos in late 2017 to oversee a railway project being built by a Chinese state-owned enterprise. It has also set up a joint inspection team with its local counterpart, and more recently has pledged to introduce this approach in other countries.6

The signs this year indicate that two critical elements of the BRI’s success – wider participation and world-class project governance – are now leading priorities for the initiative’s new chapter. Close monitoring and scrutiny will help to ensure that these pledges play out on the ground.

of transactions were reportedly signed at the event

More than half of the EU’s

HSBC sees the BRI as an historic opportunity to improve economic connectivity globally. It is a counterbalance to economic unilateralism, showing the mutual benefits that stem from working together. But we also recognise that, to be sustainable and deliver on its promise, the BRI must benefit all participants and continue to evolve. We believe the initiative is entering a new phase that promises to do just that.